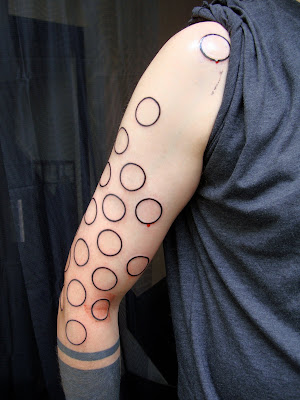 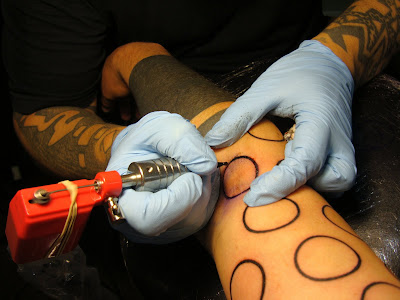 Last September the SHOWstudio exhibition at Somerset House which coincided with London Fashion Week, was a retrospective of the site's archive of projects. To mark the occasion the commissioners devised a uniquely new concept as the crescendo to the show. At the very end of the exhibit was a wall of miniature video screens spread out to make up a moving image of a body. Each portion of the anatomy was represented by a clip made by a different artist given a specific section of the body - The Fashion Body. When all the movies moved at once, the entire body was made up of very different perspectives and interpretations of the theme. A few of the limbs'n'tings were missing as it was an ongoing project with submissions still rolling in. Now, a year later the complete carcass has been compiled into an online version of the installation. Each day over at SHOWstudio, a new film is being uploaded and today is the turn of Jason Evans who used his own body as the subject of his clip.

"here's a couple of snaps from the day, Nigel Palmer in action (he does pretty much all my tatts these days) and just after it was finished"

I noticed this awesome tattoo in Jason's portrait by Nick Knight for the 30th Anniversary issue of i-D and now found out the story behind the spots................. to see how the story unfolds for yourself, head over to SHOWstudio for the film

Thanks to Jason for these behind-the-scenes snaps. Check out his dailyniceness at TheDailyNice
Posted by fredbutlerstyle at 04:57